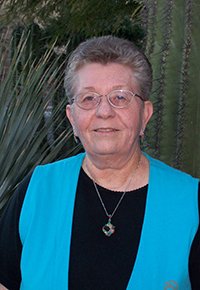 Living in Tucson, Susie has become a national teacher, award winning quilter, designer and publisher.  Winning Best of Show in 2004 at the Tucson Quilt Fiesta as well numerous ribbons at other venues, Susie is known for her traditional style quilts that she takes to perfection. Joining the Tucson Quilters Guild in 1994, she has been an active member chairing the Block of the Month, Co-chairing the Quilt Show in 2000 as well as other volunteer positions. In addition, Susie has volunteered with Quilt for a Cause since its inception in 2006 donating as well as participating in the auction itself. Primarily known as a teacher, she has taught from Alaska to Wisconsin always adapting her classes to challenge and bring out the best in each student.  She builds students’ self-confidence with the correct application of skills and proper use of tools. In addition, Susie has self-published fifteen patterns, two of which have been recognized in national publications.  One of her quilts appeared in the 2007 calendar of the American Quilt Society.